Earthling is DJ Celli, an Ibiza native who has been actively involved in the Psychedelic Trance scene since its Goa Trance origins in the early 90’s.

From his roots as an underground event organizer in Ibiza he soon started producing music releasing his first track “Just Say Yes” on T.I.P. Records in 1999, followed by his debut album entitled “Patterns” on Acidance Records in 2001.

Today, after having released over 150 tracks, and 6 albums under various pseudonyms including Soundaholix and Everblast , Earthling relentlessly tours the globe, bringing his unique psychedelic sound to the far reaches of the planet…

He also manages and heads up the Zero1 Music record label family. 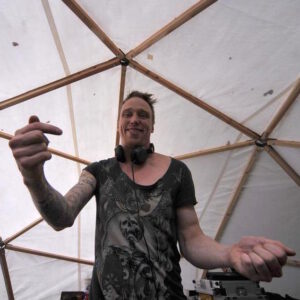